Evaluation of Response Rate to Resynchronization Therapy: the Super-Responder

Cardiac resynchronization therapy (CRT) emerged as a therapeutic modality for patients with cardiac insufficiency (CI) refractory to pharmacological treatment. Over the last 20 years, several clinical studies have sought to establish their benefits in different populations. The review of the results of these studies has shown that in patients with advanced CI (functional class (FC) I, II, III and IV of the New York Heart Association (NYHA) CRT produces consistent improvements in quality of life, FC and exercise capacity, as well as reducing hospitalizations and mortality rates. Up to 70% of patients submitted to CRT evolve as responders. The criteria adopted in the evaluation of the CRT response rate will be elucidated in this article, in which the main objective is to highlight the concept of the CRT super-responder. 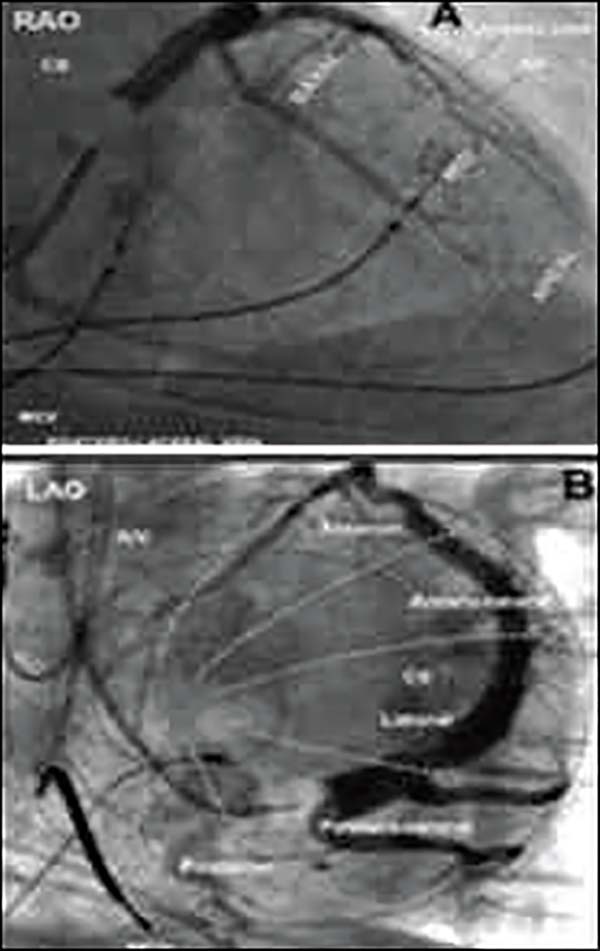 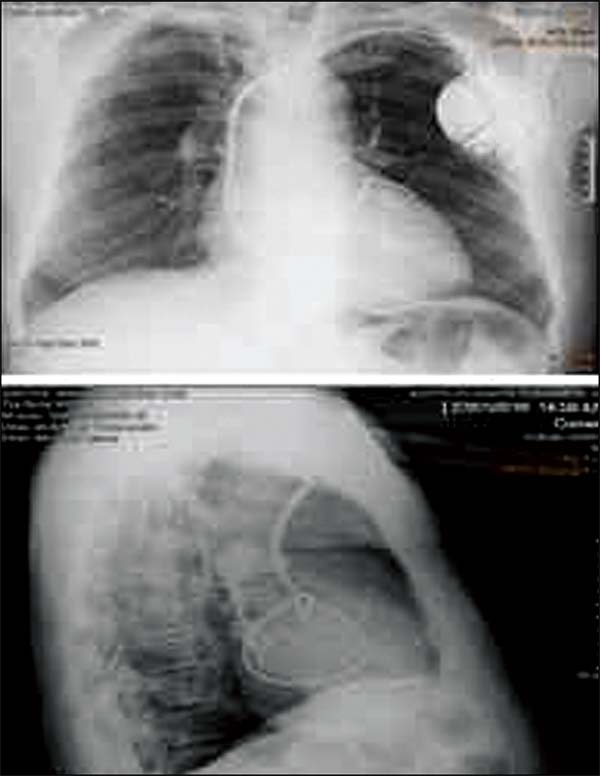 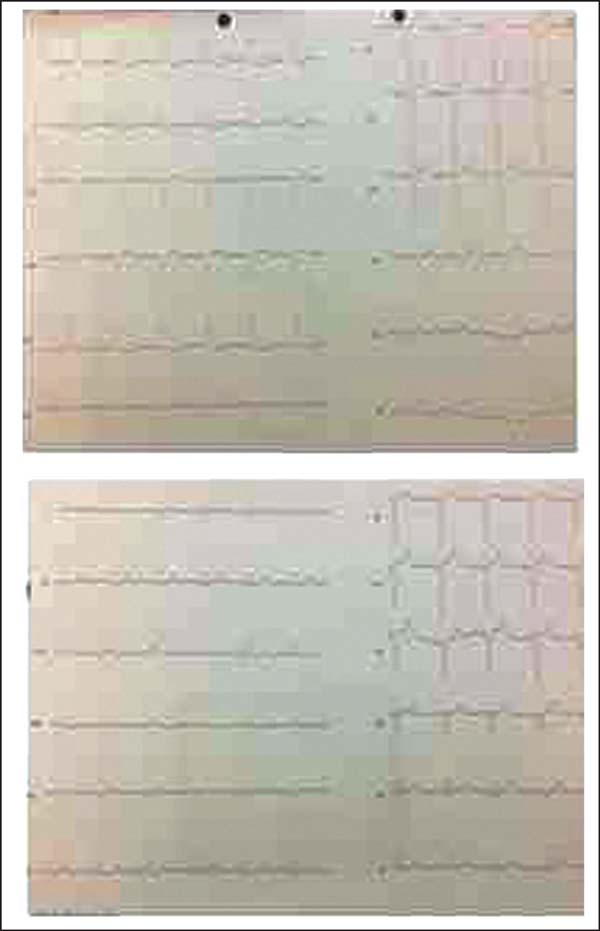 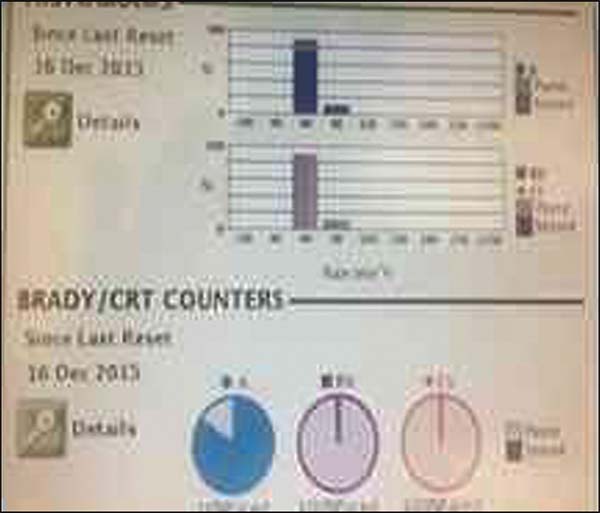 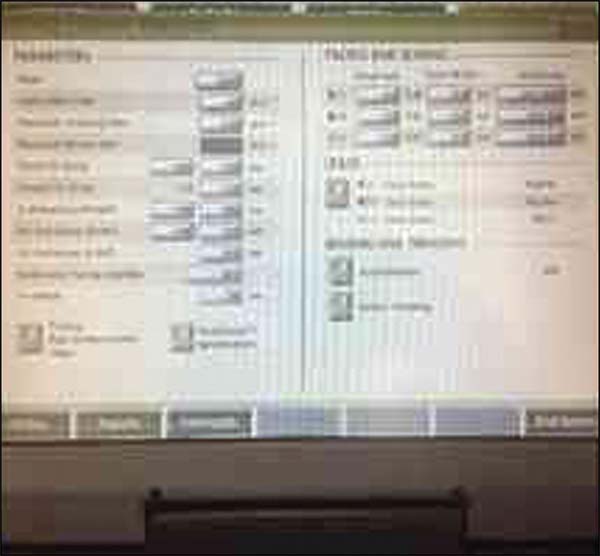 Cardiac insufficiency (CI) represents a major public health problem worldwide. In Europe and the United States, it represents an important cause of hospitalization in patients aged 65 and over1,2. This disease has a great social, economic and, above all, human impact, since it imposes important physical limitations on patients, resulting in early retirements, with high governmental costs3.

Despite advances in available pharmacological therapies, they do not fully meet the needs of patients with heart failure4. Non-pharmacological therapies, such as mechanical left ventricular assist devices and cardiac transplantation, are reserved for a small group of patients with CI5,6. In addition to these, cardiac resynchronization therapy (CRT) and implantable cardioverter defibrillators appeared as a good option for patients with CI refractory to drug treatment4-7.

The pathophysiological basis of CRT is the presence of dyssynchrony associated with conduction disturbance. With the implantation of electrodes in the right atrium (RA), left ventricle (LV) and right ventricle (RV) and adequate device programming, atrioventricular and ventricle-ventricular resynchronization would be achieved and expected patient improvement. CRT is indicated in patients with CI with conduction disorder, mainly with left bundle branch block morphology (LBBB), functional classes (FC) II, III, IV NYHA, and optimized clinical treatment8,9.

The CRT response rate historically approaches 70% of cases. With improved patient selection, ie QRS duration> 150 ms and LBBB morphology10, absence of fibrosis by magnetic resonance imaging (MRI) in the posterolateral region11, as well as total fibrosis load <20%12, improvement of the surgical technique, adequate programming of the device, a recent and considerable increase in the response rate to CRT was observed.

The following is the case of a patient considered to be a CRT super-responder. We will also discuss the important variables in the selection of these patients, as well as the criteria to be considered super-responders.

MJS, 72 years old, born in the state of Paraíba, a patient with CI since 2010, without other comorbidities. Admitted in a tertiary hospital in 2015 for optimization and investigation of CI etiology.

In this period, FC III, doses of carvedilol, enalapril, and furosemide were optimized. The patient had a significant improvement in FC, now FC II. All the necessary exams were done to elucidate the etiology of CI (Chagas, echocardiogram, MRI of the heart, myocardial scintigraphy), and, as definitive diagnosis, idiopathic CI.

Because he was an LBBB patient and still symptomatic despite clinical treatment, he was referred to the pacemaker team to decide on CRT. Based on the current evidence, we opted for the implantation of the cardiac resynchronizer, performed 12/13/2015.

Five essential steps for success in using CRT as a treatment modality were defined. They were followed strictly.

According to the current evidence, HF with ejection fraction <35% and LBBB with QRS duration> 150 ms may be one of the only indications considered to be FC IA de CRT8,9. In the present case, those criteria were satisfied.

The cardiac dyssynchrony generated by LBBB has the slowest and most delayed region on the conduction in the posterolateral wall of the LV13. This should be the implant site of the LV electrode. The cardiac vein of choice should be the one that is directed to the posterolateral region of the LV (Fig. 1). In addition, performing an MRI of the pre-implanted heart discards the presence of fibrosis in this region, thus avoiding possible stimulation in a non-viable region11. In the present case, all such care was observed.

X-ray and comparison of electroencephalograms (ECGs) (<one month postoperatively)

The correct position of the electrodes, especially the LV coronary sinus electrode, can be verified in the posterolateral region (Fig. 2). In the case of a dislocation, it should be surgically resubmitted for repositioning. In the present case, the LV electrode was stable in the postoperative period.

In addition, a considerable reduction in pre and post-implant QRS duration provides good prospects regarding the chances of responding to CRT (Fig. 3). In the present case, there was an 18.75% reduction in QRS duration.

Biventricular pacing should be confirmed (> 90% capture by telemetry, ideally 100%)14 (Fig. 4), as well as the stimulation thresholds. Special attention is given to other factors that reduce the CRT response, such as the presence of atrial fibrillation and frequent ventricular extrasystoles and others associated with worsening of the quality of life, namely phrenic stimulation (absent in the case reported).

It is suggested that the atrioventricular interval (AVI) be adjusted around 120 ms15 (Fig. 5). The programming of the pacing interval between the ventricles (VV) should be the one in which the lowest QRS is produced in biventricular pacing on the 12-lead ECG, in general, VV interval programmed between 0 ms or -30 ms LV> RV 5). In the present case, these concepts were adopted.

Evaluation of the CRT response rate

Finally, it will be assessed whether our patient actually responded to CRT. According to the main studies, six months would be enough time to have this answer. By means of clinical (FC), echocardiographic criteria [ventricular function (VF), end-systolic volume (ESV)] and others we can conclude about this. In the present case, after evaluation, it was concluded that it is a super-responder. From the echocardiographic data, the VF of 28% was 55% (normalization), the ESV from 173 to 79 mL, a reduction of 54.4%, reaching LV reverse remodeling. Finally, FC II was for NYHA FC I, remaining practically asymptomatic.

Concept of super-responder to CRT

Patients without structural heart disease and with LBBB when compared to those without structural heart disease and without LBBB present, on average, 7% less of the VF, considering both within the range of normality16. In about three years, approximately 16% of patients with normal heart and LBBB may develop with CI17. This condition will be defined as a primary electrical cardiopathy18-20.

When we work on the cause of heart disease in question, we generally have the best rates of response to treatment. It is believed that these patients are the ones with the highest CRT response rate - the super-responders. It is clear that many other patients, with the most diverse etiologies of CI, can progress with LBBB and benefit from CRT, but it is believed that response rates are more modest.

Although there was no consensus regarding the best criterion to be considered in the evaluation of CRT response rate, clinical parameters with improvement of at least one of the FC NYHA, 10 to 15% increase in the six-minute walk test, elevation of 10 to 15% of peak oxygen consumption (VO2 peak) in ergospirometry, improvement of the Minnesota life questionnaire, and echocardiographic findings, such as improvement of LVEF> 5% and reduction of ESV greater than 10 to 15%, are the most used. Other criteria, such as improved blood pressure and natriuretic peptide reduction, may also be considered.

Likewise, because there is no consensus in the medical literature regarding the concept of the super-responder, some of the main echocardiographic criteria used in the large studies on the subject are listed in Table 1.

An increasing selection of CRT candidates, correct surgical technique, adequate device programming, and regular follow-up have all contributed to the increased CRT response rate. In this context, the super-responder concept stands out. In the case reported here, we elucidate that when the approach to CRT is systematized, it approaches more and more of the super-responders, thus achieving the best results that this modality of treatment can provide.