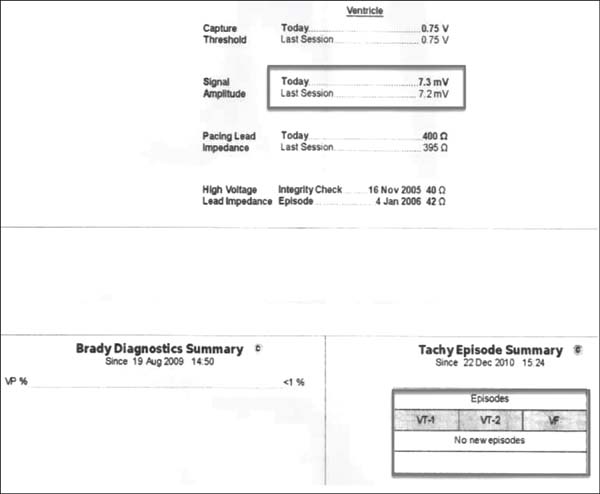 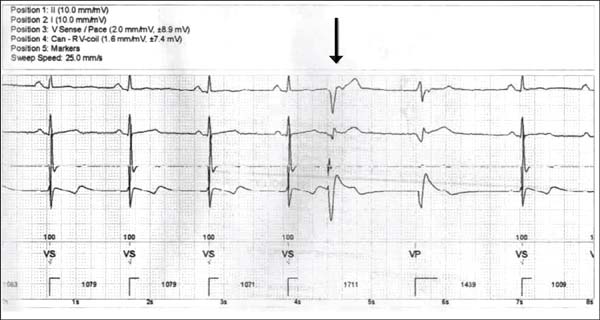 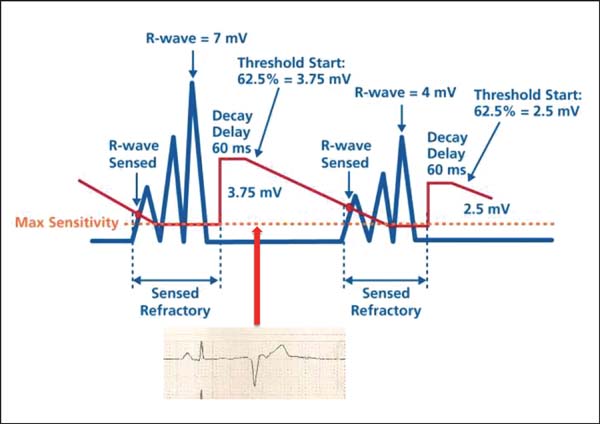 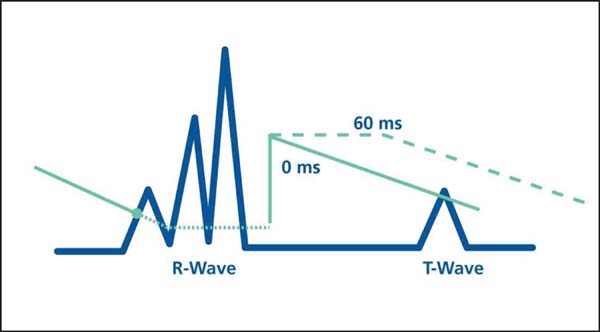 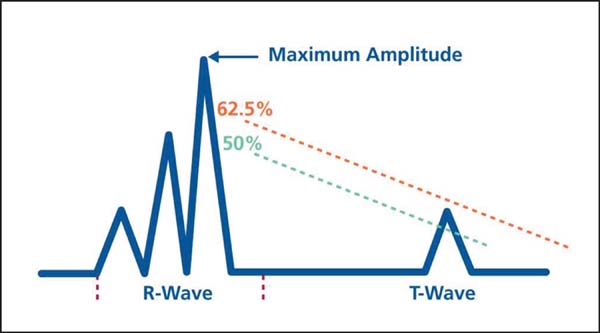 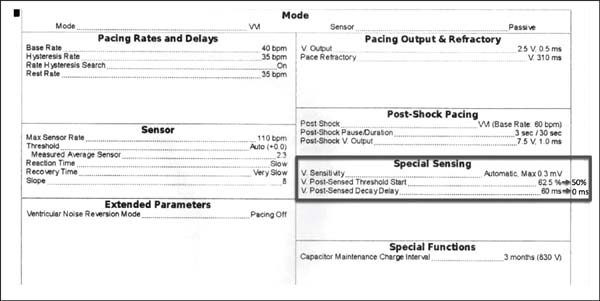 Patient OG, 62 years, with arrhythmogenic cardiomyopathy in the right ventricle and low-tolerated sustained tachycardia, user of an implantable ventricular single-chamber cardiovascular defibrillator (ICD), returned asymptomatic for routine evaluation. There was no registry of sustained arrhythmia, and the limits of stimulation and sensitivity were checked and were appropriate (Fig. 1). However, facing the device's telemetry, it was detected lack of sensitivity in a ventricular extra-systole (Fig. 2).

Figure 1. Electrophysiological measurements of the cardioverter defi brillator in the initial assessment and absence of documented ventricular arrhythmias.

This way, facing the possibility that this flaw could generate failure of detection of a slow ventricular tachycardia (Fig. 3), the level of sensitivity regarding ICD was improved, with the correction of the failure in the extra-systole intermittent sensitivity.

Figure 3. Possible detection failure of a slow ventricular tachycardia if the identified sensitivity failure was not corrected.

Download
Figure 3. Possible detection failure of a slow ventricular tachycardia if the identified sensitivity failure was not corrected.

Download
Figure 7. Parameters related to auto sensitivity gain programming in this cardioverter-defibrillator and modifications made to correct the sensitivity failure identified in routine evaluation.